After a relatively easy border crossing, we arrived at our second African country, Uganda. Already on the way to our first campsite we noticed a change. The landscape turned red and green, thanks to the rich (red) soil, Uganda is a wonderfully green place. But the lives of people changed as well and looked significantly poorer. So we noticed more straw huts than permanent houses. But even here the kids waved at us, laughing happily from the roadside. 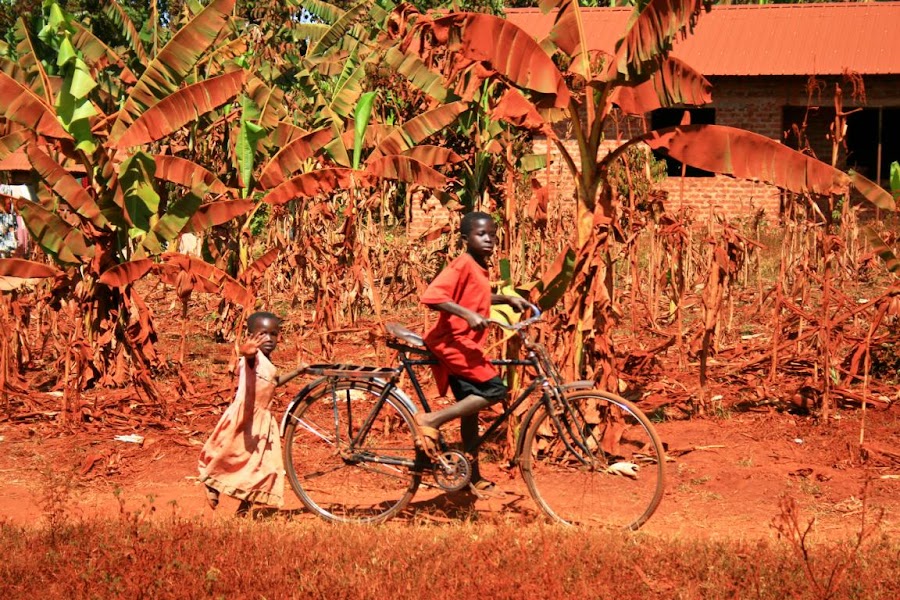 Our first stop was called Jinja, a small town on the northern shores of Lake Viktoria, primarily known as the source of the Nils and for its wide range of adventure sports. But because our budget is small and we already did quad-biking and white water rafting in New Zealand, we opted for the more normal activities. So we got to know the Nile River a little closer while swimming and paddling. 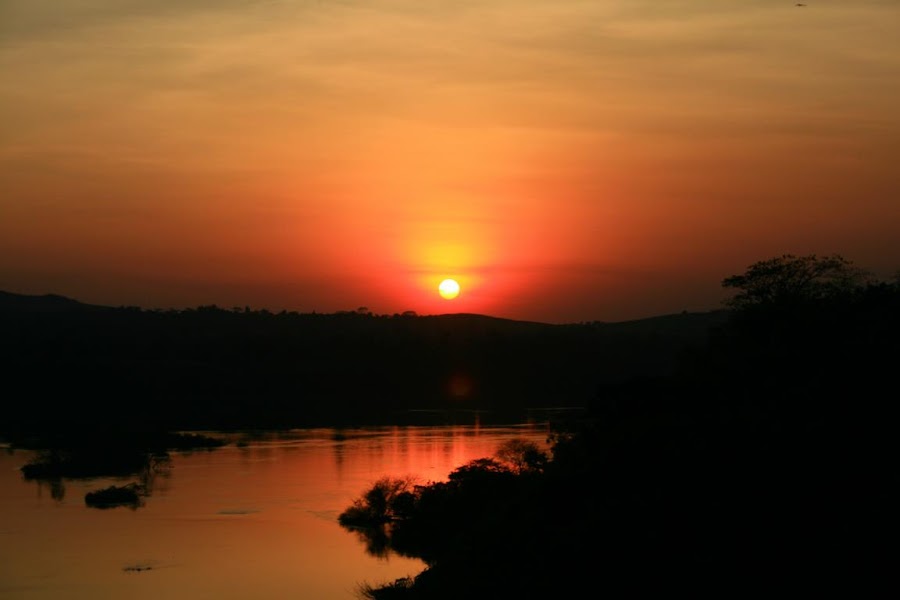 In addition, we became “aid workers” for the Soft Power Project, a local NGO, which develops schools and hospitals around Jinja. Our task was the painting of a village school and talking to the kids, but the main idea was, of course, to get to know the initiative itself. The main problem in the country is still in the very small number of teachers who are usually extremely underpaid and often poorly trained. Uganda has one of the highest fertility rates worldwide and these children need to be trained in order to escape the vicious circle of poverty. So who is interested can gladly inform himself on the Softpower Website. 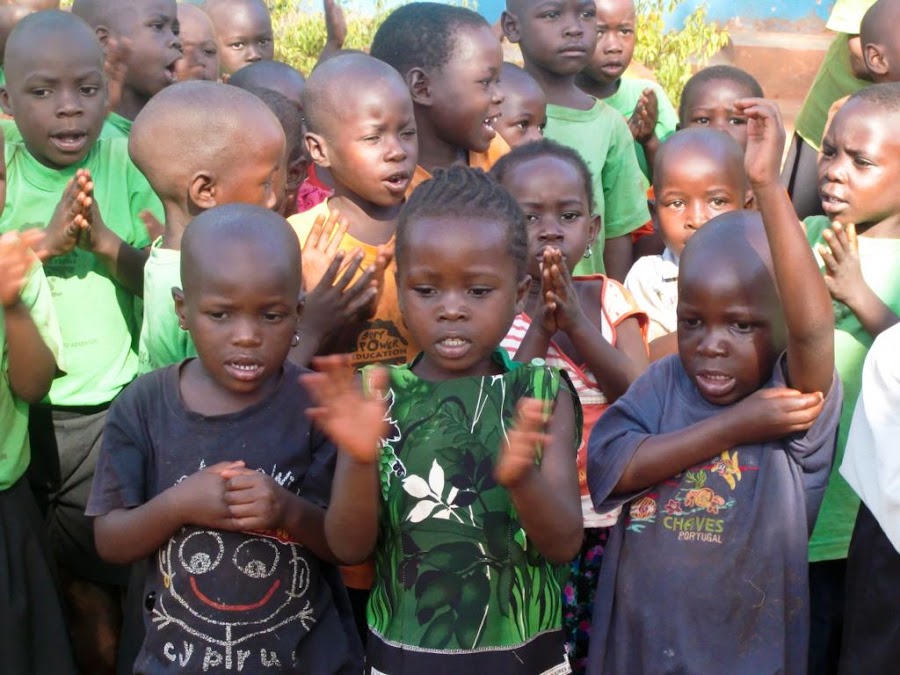 From Jinja we went around Lake Victoria in direction of Entebbe. On our way we crossed the equator again, and there watched a little water experiment showing the different effects of the Coriolis power. Currently, the water turns anti-clockwise, by the way. In Entebbe our group increased by four more passengers reaching 24, so it became quite tight in the truck. Taking a stroll in Entebbe was therefore a good opportunity to escape and we enjoyed wandering in between the African culture and the giant Marabou Storks. 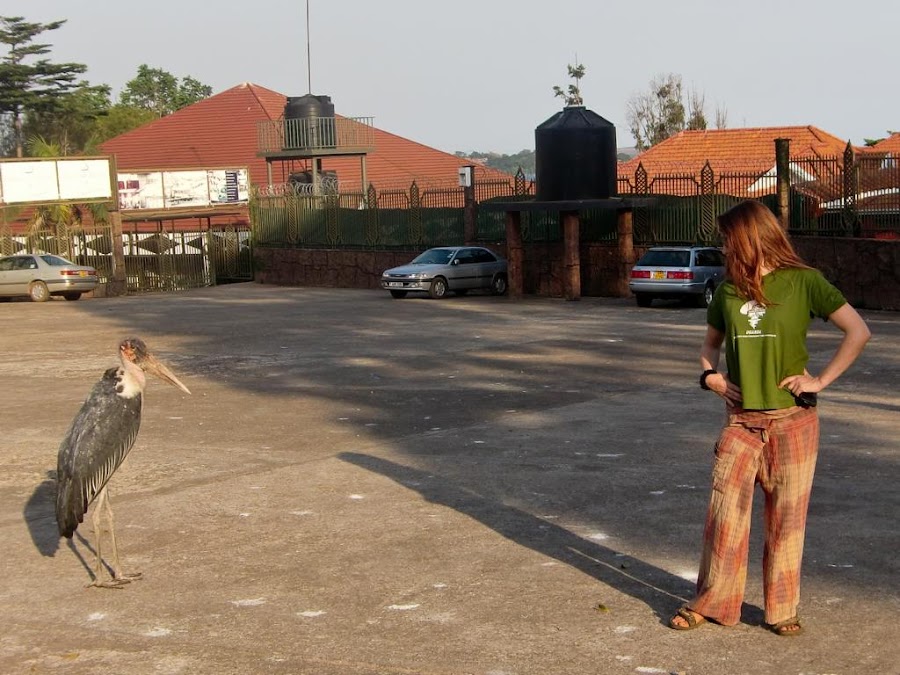 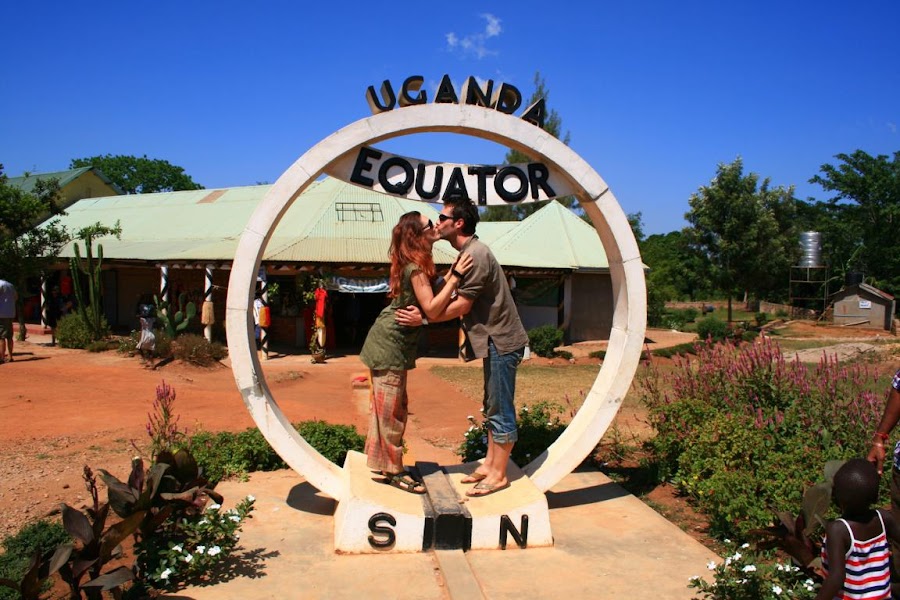 The next stop was the Queen Elizabeth National Park, located on the shores of Lake Edward and Lake George. The two lakes are connected by a natural canal and a boat safari should bring us closer to the wildlife on the banks. But on the way to the jetty we were first stopped by a huge herd of elephants, which had right of way and of course also demanded it. From the boat we later saw a number of other elephants, but the most exciting sight were the hundreds of hippos, in safe cooperation with buffalos, relaxing in the cool water. Despite some Nile crocodiles in close vicinity. 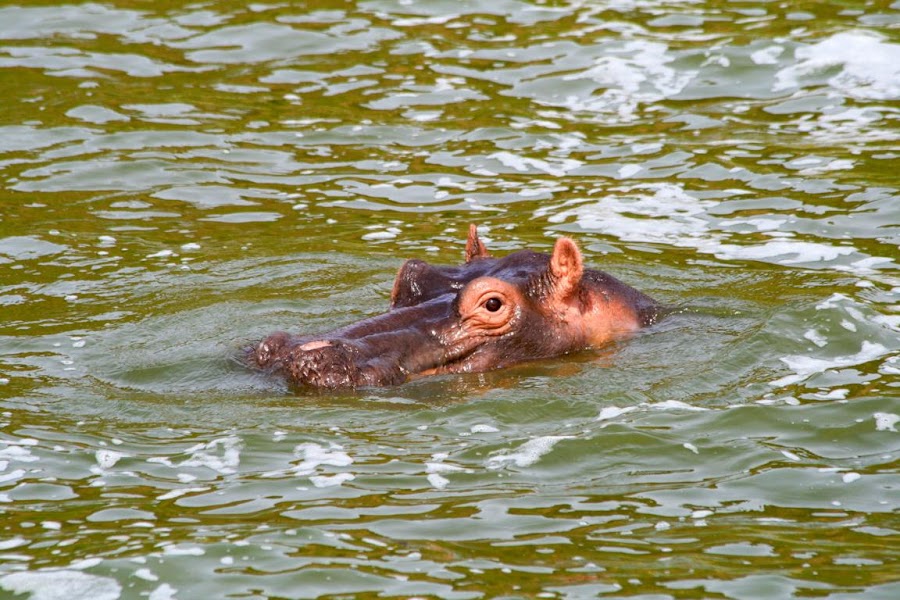 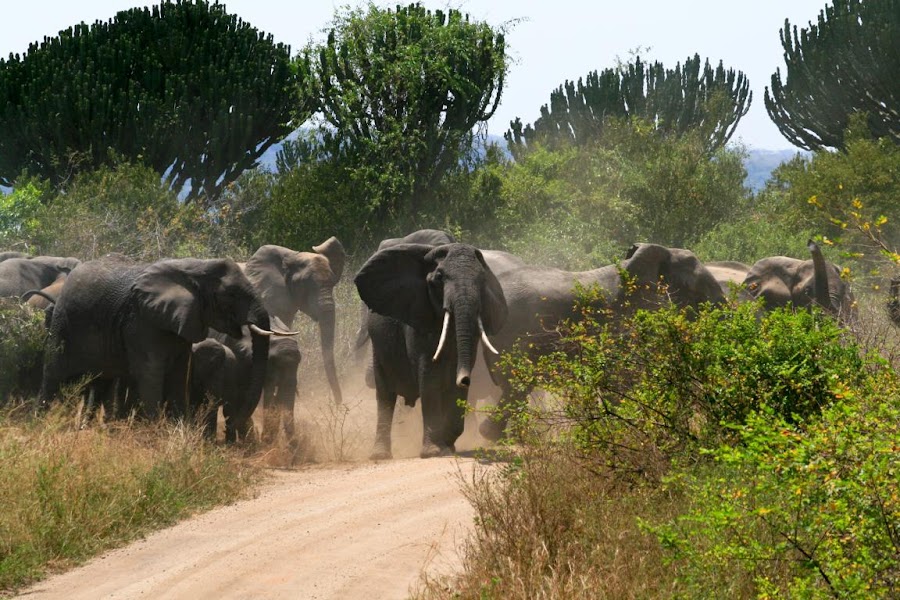 At the end of our stay in Uganda, we went to search for chimpanzees in the Ugandan rain forest. With a ranger, we fought our way through the dense jungle, always the binoculars in hand, but unfortunately we had no sight of our closest relatives. With the prospect of experiencing the greatest of all apes up close soon, we could cope with this setback more easily. So we headed for Rwanda …