As a culmination of our three-week Bali trip we did a day trip to Ulun Danu Temple, located at 1200 meters altitude on the shores of the volcanic Bratan lake. Built in 1633 Pura Ulun Danu Bratan is dedicated to the three main gods of Hinduism, Shiva, Brahma and Vishnu in its manifestation as a sea goddess Dewi Danu. But the Hindu sanctuary is mainly known among tourists for its two outer shrines (Meru), built on two small islets, and thus appear to float above the water. However, the lake near Bedugul, whose water is considered sacred, had a low water level, so that the shrines were not, as hoped, surrounded by water. Despite that the delicate and ornate temple with its mountainous background still provided a great photo opportunity. 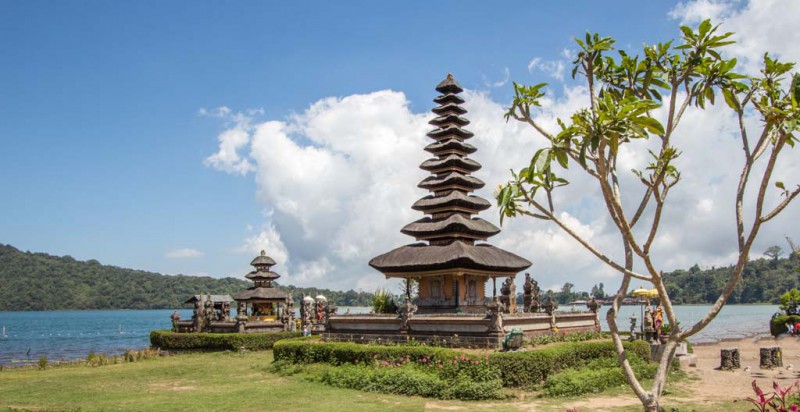 Afterwards we went to Jatiluwih, which is famous for its huge rice terraces. Unfortunately, the weather got bad and a cloudy sky urged the normally vibrant colors in the gray scale. But as a spontaneous alternative program, we were allowed to attend a large ritual ceremony in a village, including a traditional band. For India this was probably more interesting than to trudge along with her parents through the rice fields again. The day tour from Ubud to our planned destinations with a chauffeur in a comfortable air-conditioned car did cost around 26 Euro. 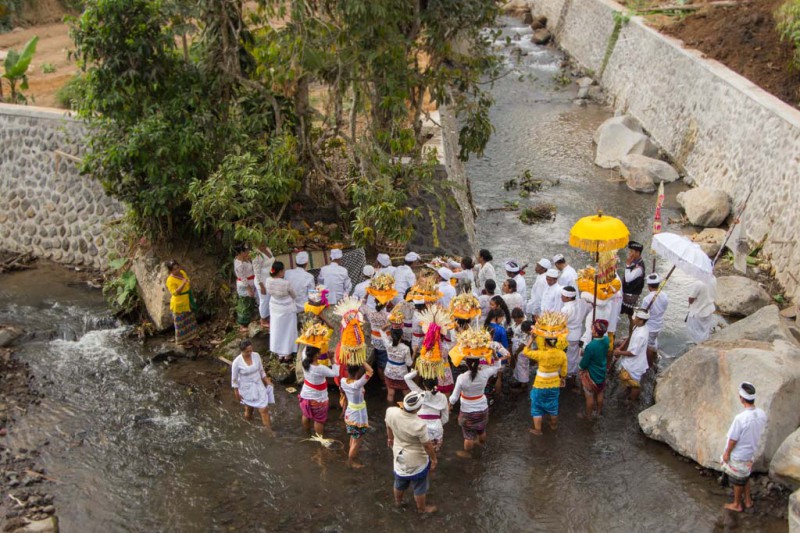 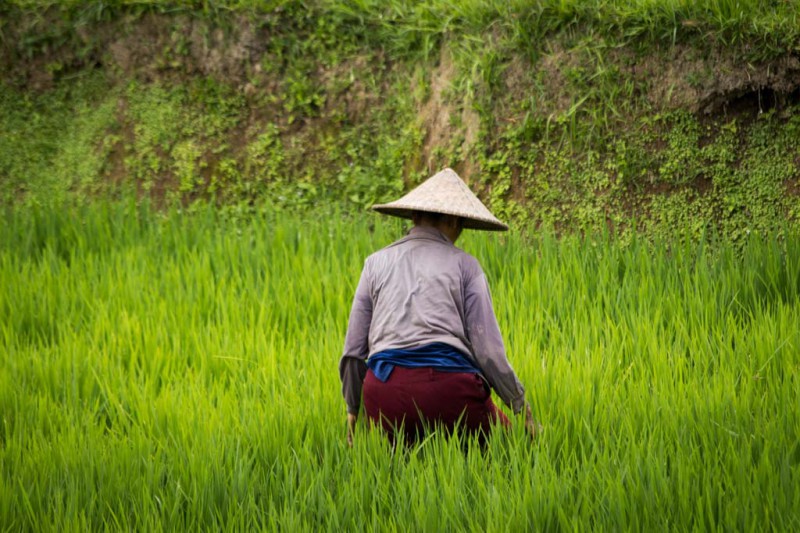 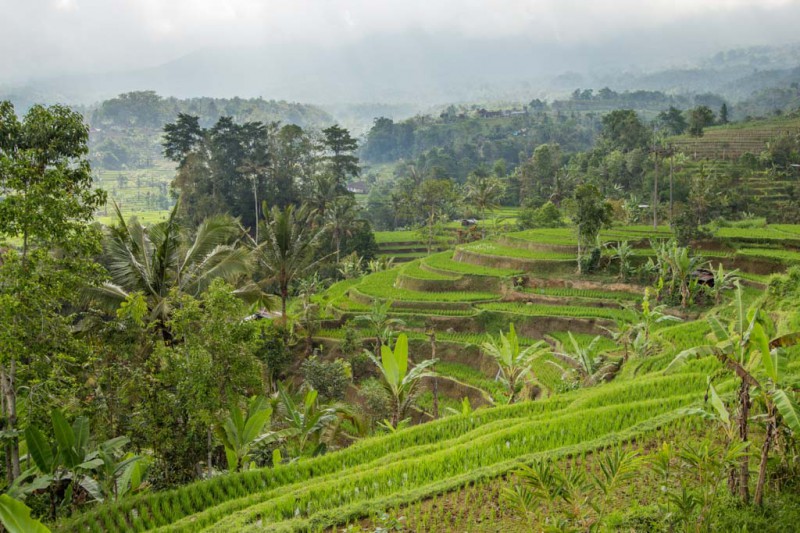 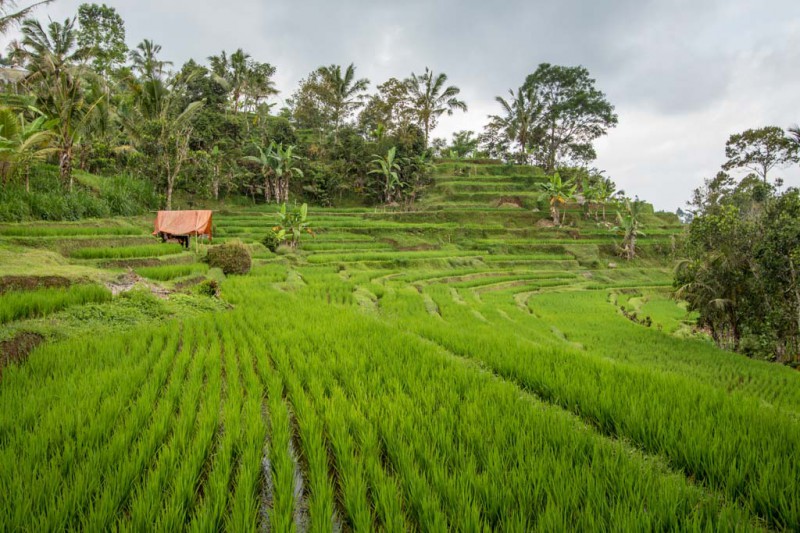 The following day we left Bali, but not in the plane to Australia, but on a speed boat (Rocky Fast Cruise) which brought us to the neighboring island Nusa Lembongan, were we wanted to spend four days in the sun. Looking at pictures in the internet we expected beautiful beaches and an escape from the mass tourism of Bali. But the first impressions were disappointing, because the interior of the island turned out to be a dry and littered desert. Additionally our previously booked hotel turned out to be a building site. Fortunately, with the help of the apologetic hotel owner we finally found an even better alternative in the end. We stayed in the Hotel Tamarind Beach Bungalows , where we booked the biggest villa with ocean views for around 40 Euro/night. India enjoyed especially the huge pool, because our little girl is happiest in the wet element. Therefore the not so friendly female staff and the  not so good food of the hotel became unimportant. And the lovely and funny male staff as well as the great restaurants in the surroundings made up for this. 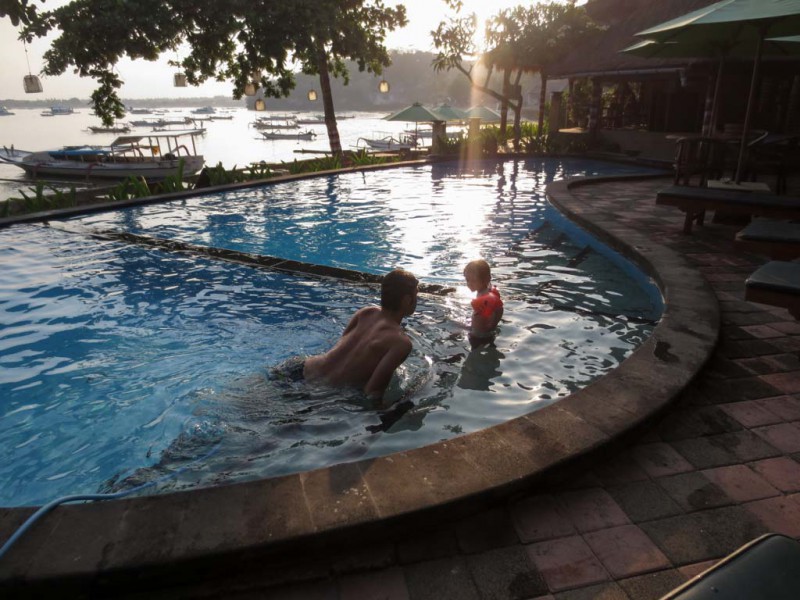 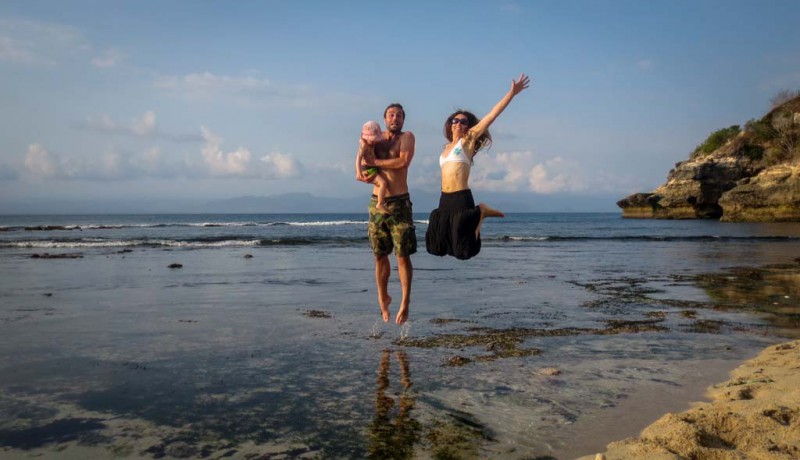 After a few reconnaissance trips we found actually a beautiful and nearly deserted beach with crystal clear water, called "The secret beach". It was only a stroll from our hotel away. Franka's favorite lunch restaurant became the Hotel Alam Nusa and for 3 consecutive  nights we had a great sunset dinner at the Hotel Mushroom Beach. Especially romantic: While overlooking the beautiful Mushroom Beach, every evening a  huge swarm of sparrows was passing by. So we spend the days with delicious food, relaxing beach walks and a cold sundowner beer. Steffen could even do a diving trip with the giant manta rays which reside in the waters around the neighboring island of Nusa Penida. After a half-hour ride along the cliffs of the island, he jumped into the in part 16 degrees (!) cool water and set out in search of the majestic and up to nine meters long animals. After 15 minutes without success Steffen already doubted if the whole thing was not just a tourist scam, when suddenly five rays came out of the blue depth and circled the dive group for several unforgettable minutes before they disappeared into the vastness of the ocean. WOW!!! 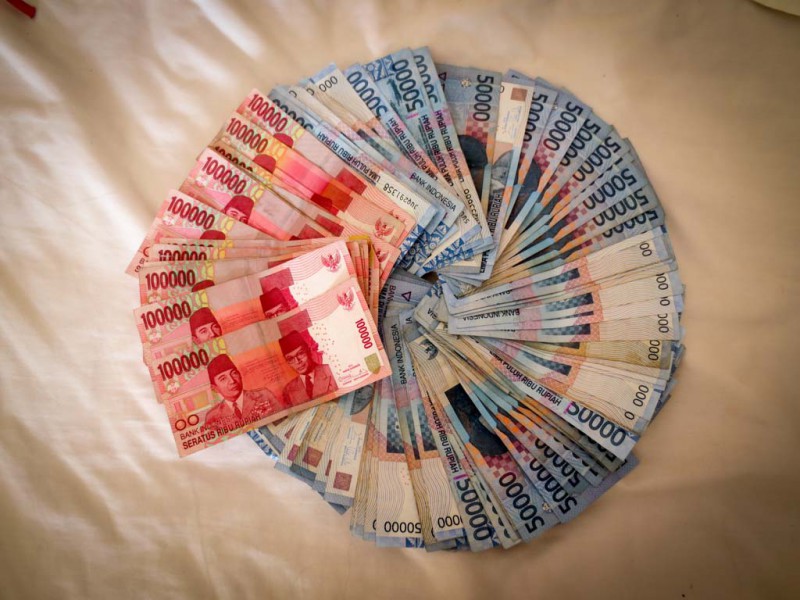 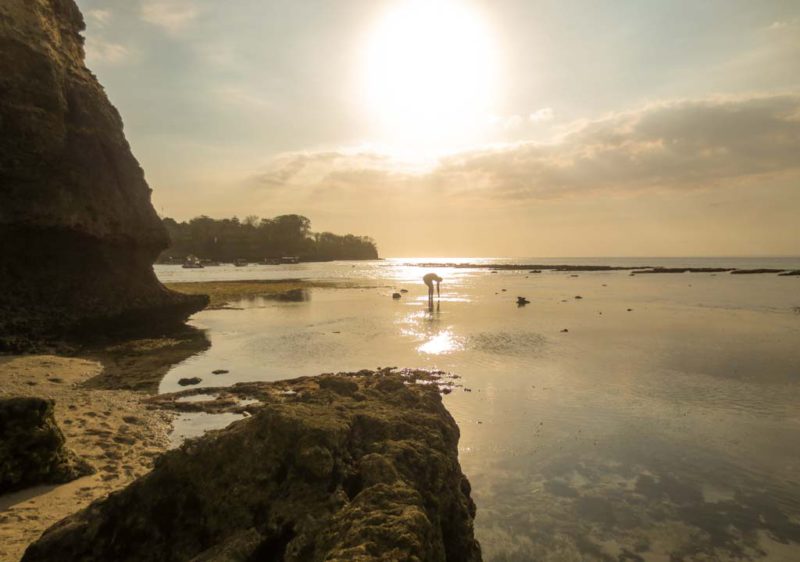 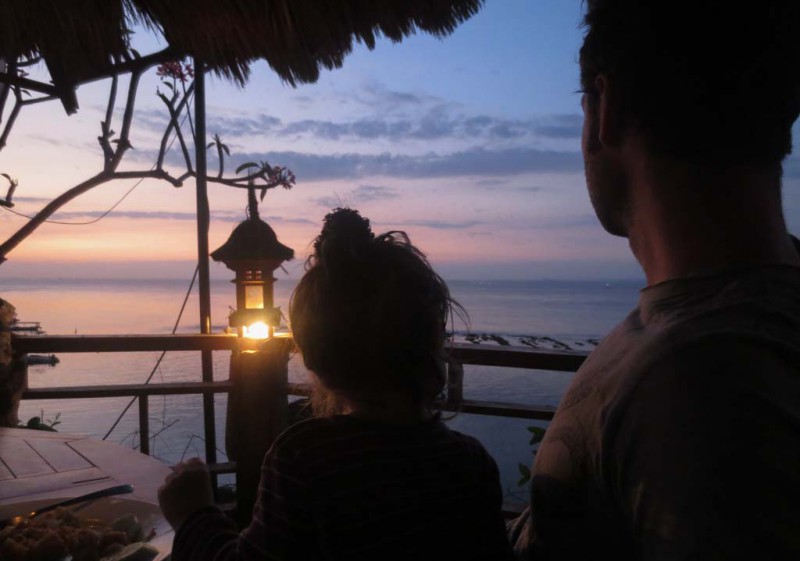 Sadly Steffen was less fortunate with the search for the second underwater attraction of Penida: the very strange looking sunfish. But even if he missed out on the heaviest bony fish in the world, the very colorful and species-rich reefs of the island made the second dive an amazing experience what Franka also was able to confirm the beauty of the underwater after her snorkeling trip. We are looking forward to the time when we can introduce India to the wonders of the underwater world as well. At the end we had used up our multi-million dollar bundle of Indonesian rupees and it was time to finally leave for Australia. Wher many new, strange animals above and below sea level were waiting for us. So  at the end of our Bali stay we were not overly sad to leave this beautiful island province of Indonesia, for our adventure was still at its beginning...

To see all the pictures of our last days in Bali click here: The North and Nusa Lembongan